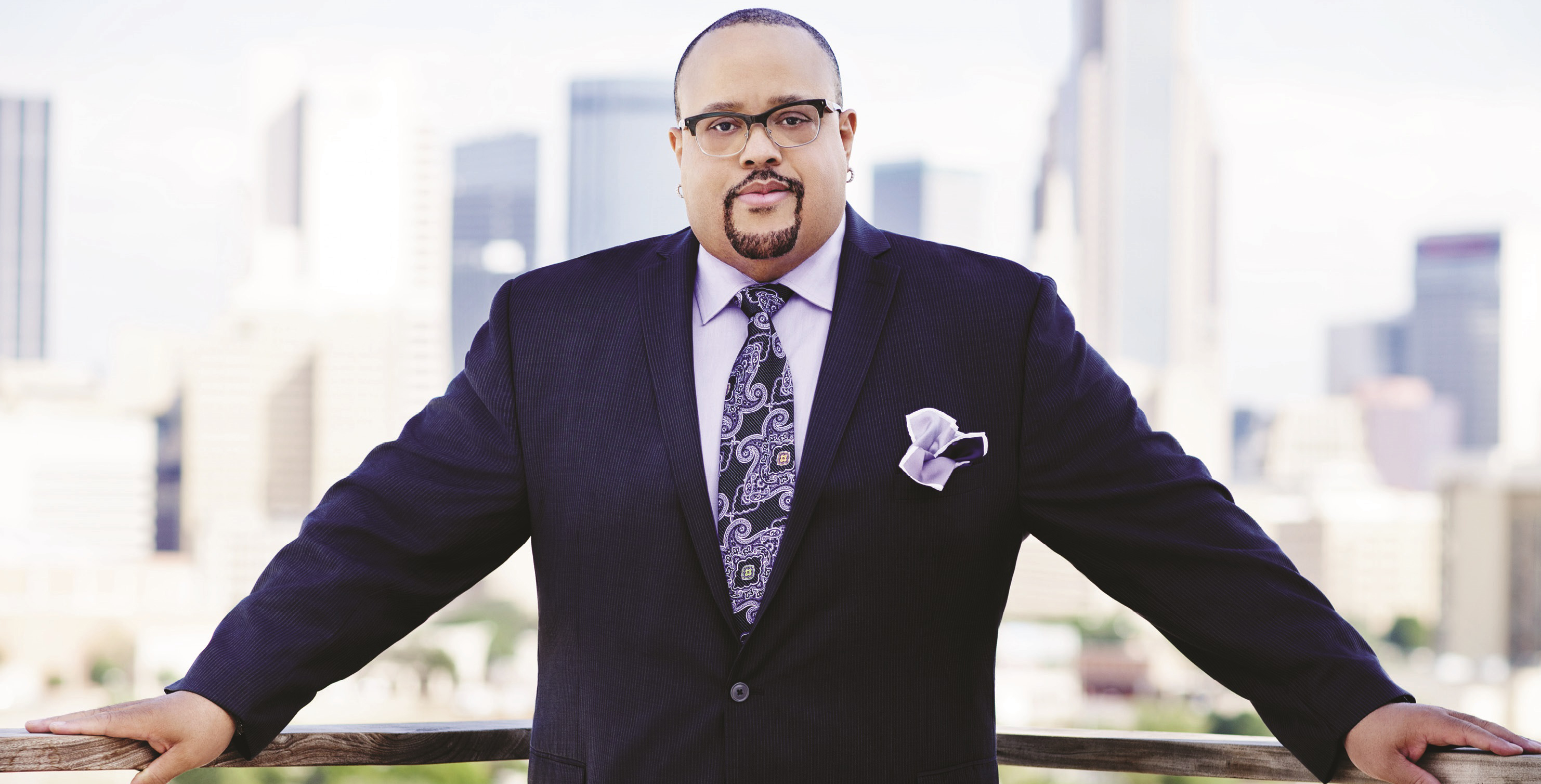 It’s been 36 years since Fred Hammond made his debut in the gospel music arena, and it’s been more than 15 years since his fans have been up close and personal with the gospel great. For those who have been thirsty for the “Living Word,” the wait is over. For the first time since 1999, the musical stylings of Hammond will be played out live and in sweet worship on May 1st at The Fountain of Praise in Houston, TX. JET caught up with Hammond and what he had to share just might surprise you.

JET: It’s been over 15 years since you’ve recorded a live album, why are you choosing to do so now?

Fred Hammond: It’s time. It’s been 36 years since my first record and it’s something about this part of my life that feels bittersweet, sad, and happy at the same time because you don’t know what’s next. To be honest with you, I prayed 30 years ago and I asked God to let me know when it’s time to get out of the way and I think that’s what this is more about. I see the new guard in place. I see the new people. I see the gifts and it’s their turn. I am excited that I get to do this, this way. I don’t feel like it’s time to go away. I just feel like it’s time to move over.

JET: What are some things your fans can look forward to from this live recording/night of worship?

Fred Hammond: This album is going to be more of a sing-along album. It’s almost going to be like new hymns. I was blessed to kind of be a part of ushering in the whole contemporary movement with Commissioned. Now there’s this thing in my heart where I like to see people singing more than I like to see people watching me sing. It’s the best feeling of the night when you’re singing and you look out and see a young person mouthing the words and an older person mouthing the words and they’re singing at the top of their lungs, “Glory to Glory,” or “No Weapon” and their hands are raised. That’s the best for me, so this album is probably full of that from top to bottom, and that’s the level of praise and worship that this night is going to be from start to finish.

JET: How will this performance differ from your first live recording?

Fred Hammond: It’s a mixture. I might sing half a verse, you know, “Bread of life, sent down from glory, many things you were on earth, a Holy King, a carpenter,” and from there on out everybody just sang the whole thing. I’m just going to let people sing with me.

JET: You’ve spoken in the past about a love for other genres of music. If you could put out an album in a different genre, what would it be and why?

Fred Hammond: R&B all day. Kind of R&B/Pop. It would be old R&B. Nothing against new R&B. Tyrese, Chris Brown and all of them, these guys are doing a great job at holding it down. But, I grew up in the R&B of the 70s, 80s, and 90s. So, I plan to do a small mention/tribute to one of the teachers of my life who I never met personally, but he was my music teacher and he was one of several that I had that still influences my music today. I plan on mentioning him that night and using him in one of my songs. And it’s Maurice White from Earth Wind and Fire.

JET: You’ve indicated that this is kind of a moving on album. If you were to give a piece of advice to those coming behind you, what would that advice be?

Fred Hammond: People want to sing with you. They’re not really interested in hearing you sing only. Keep the song simple enough [so that] people can receive from you. Keep it powerful enough that you bless people. Remember the people want to sing with you. Quincy Jones said it best, “hang your art upon the wall, but give the people what they want.”

For more information or to purchase tickets on his upcoming live performance, visit www.tfop.org.