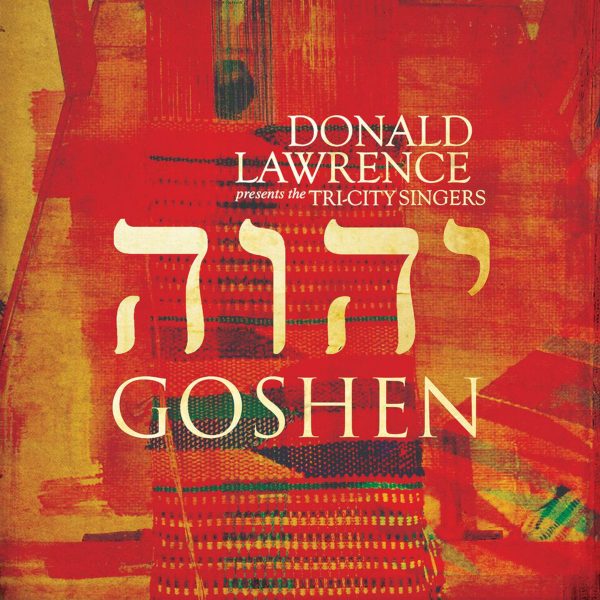 Nashville, TN (February 1, 2019) – GRAMMY® Award-winning virtuoso Donald Lawrence Presents The Tri-City Singers on GOSHEN, available now. The world-renowned music trailblazer, songwriter, and producer has crafted another symphonic explosion of dazzling melodies and exuberant vocals on this newly-released album, which also celebrates a milestone 25th anniversary reunion with the original Tri-City Singers since their acclaimed 1993 debut album. Featuring fourteen tracks, GOSHEN delivers fresh narratives to promote spiritual renewal, healing, faith in God’s protection and more, to break free from whatever pains, trials, or fears we may have.

Inspired by the biblical reference to Goshen as a place under God’s protection and the story of Exodus, Donald Lawrence expounds on the spiritual concept of GOSHEN, to inspire a Goshen mindset. He says: “There were many years of plagues after the Exodus, but Goshen was God’s protected place and those living there were oblivious to the plagues and prospered. The idea is that in these times of new plagues (violence, anger, hatred, fear), we need to pray that God’s Goshen follows us wherever we go, that our families and those connected to us will still experience spiritual peace and prosperity in these troubling times. If we have a Goshen mindset, we have a position of faith that God’s hand of protection is always around us.”

GOSHEN was produced by Donald Lawrence, Sir The Baptist, and Troy Taylor. Lawrence also plans to premiere Goshen Theatrical as a dance theatre piece later this year, which is music from the album live set to dance (modern, jazz, hip hop, Afrofunk).

6.   He Heard My Cry (feat. Sir The Baptist & Arnetta Murrill-Crooms)

11. The Voice of the Blood (feat. Blanche McAllister Dykes)

12. Deliver Me (This Is My Exodus) (feat. Le’Andria Johnson)

To connect with Donald Lawrence, visit: