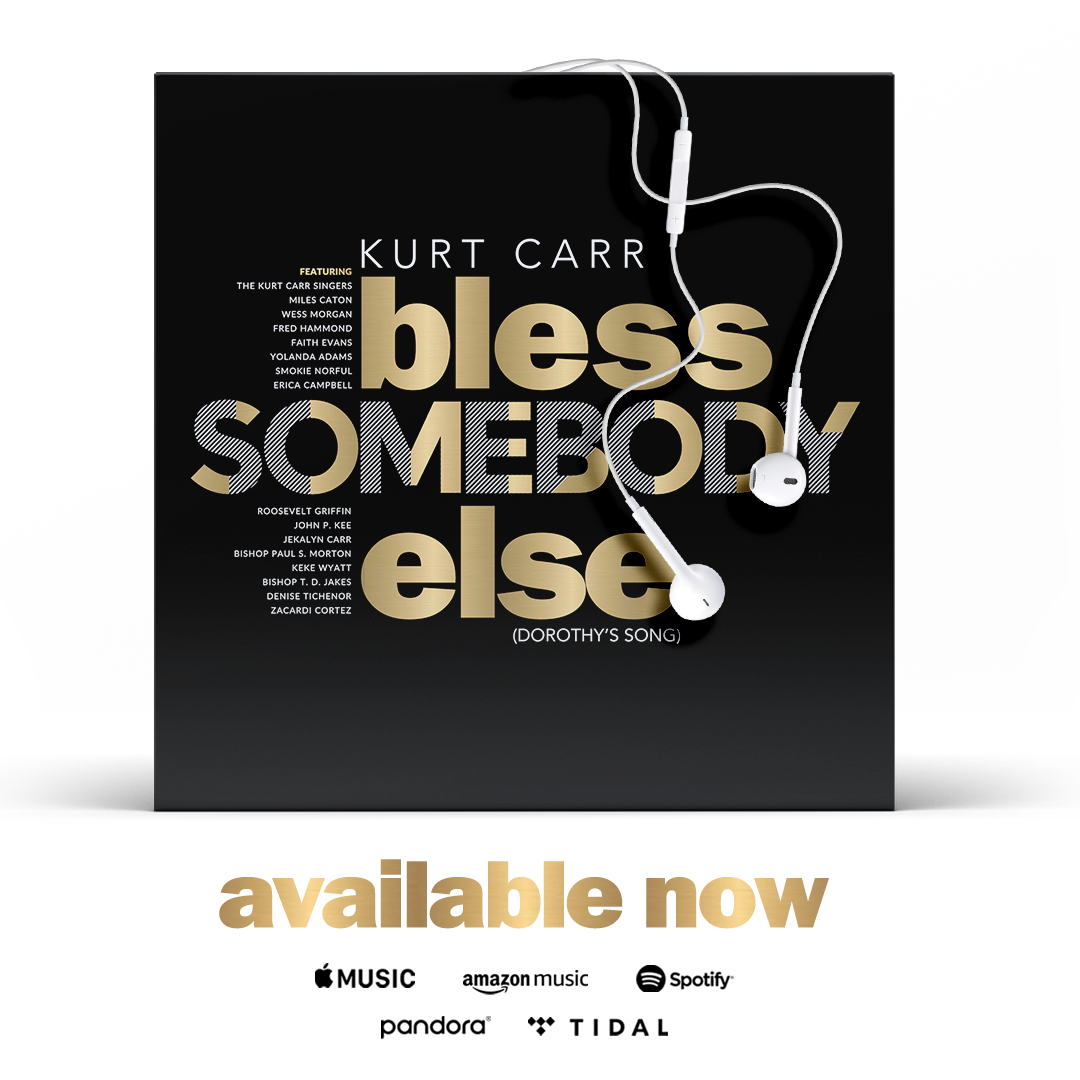 Praising God’s blessing over us and providing encouragement to use our lives to bless others, Carr penned the lyrics and music for “Bless Somebody Else (Dorothy’s Song),” continuing to pave the way as a musical innovator with his sound.  One of the most revered recording artists, songwriters, producers and arrangers of our time, Kurt Carr’s career spans over three decades, with  “In the Sanctuary,” “I Almost Let Go,” “God Blocked It,” and “For Every Mountain,” renowned among some of his greatest hits beloved by fans around the world.   Inspired by pioneering Gospel icons such as Andraé Crouch, James Cleveland, and Richard Smallwood, Kurt Carr’s work has been honored with multiple Stellar Awards, a Dove Award, the BMI Trailblazer Award, and the James Cleveland Lifetime Achievement Award, and he was inducted into the Stellar Honors Hall of Fame in 2018.

Kurt Carr reflects on creating this new song, saying: “Bless Somebody Else (Dorothy’s Song), is the theme of my life for this season…It’s inspired by the life of Dorothy King who walked by my side in ministry for 25 years. Dorothy was the most unselfish person I’ve ever known. Her entire life was devoted to blessing everyone she came in contact with. She passed away suddenly, which was devastating to me and all of my team. She literally took care of us. It took time to heal our hearts, but we are back and ready to serve! Since her passing I’ve thought of how I’d honor her memory…I wrote Bless Somebody Else (Dorothy’s Song), which is truly her testimony. Every time you bless me I’m gonna bless somebody else…”

A portion of proceeds from the single will bless charities.  “Bless Somebody Else (Dorothy’s Song)” marks the first single from his forthcoming ninth album, to be released later this year.  Introducing new music beginning at his live recording in Houston last year, Kurt Carr has maintained a demanding schedule over the past few years working on numerous projects for other artists, as well as serving as Creative Director in music ministry at The Fountain of Praise mega church in Houston, TX.

KURT CARR: “Bless Somebody Else (Dorothy’s Song)” is available now.

To connect with Kurt Carr, visit: