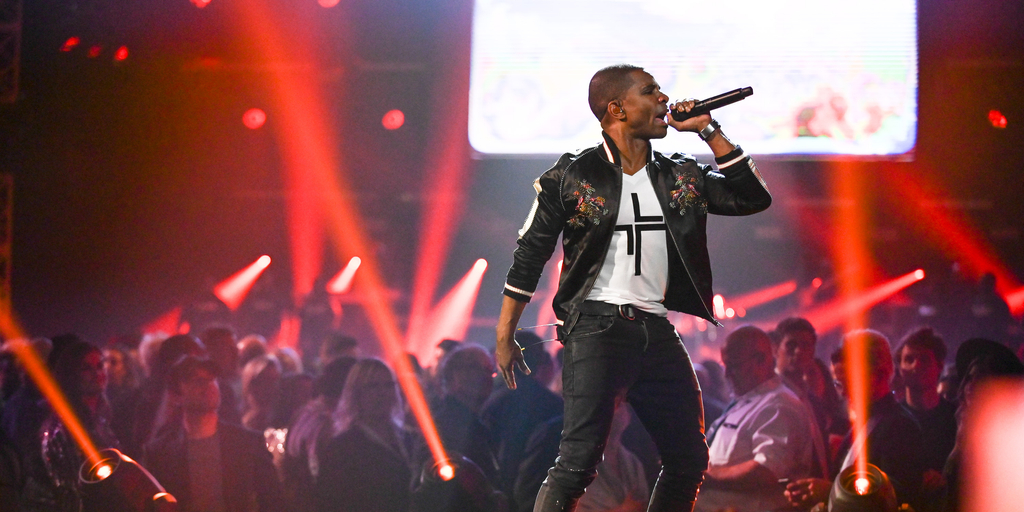 Taking the stage at the sold-out Dove Awards show in Nashville, TN, Kirk Franklin created a signature blowout performance of his songs “Strong God” and “F.A.V.O.R” from his latest album, closing with his classic hit “Hosanna.” Donald Lawrence, Travis Greene, and Koryn Hawthorne also presented awards on the show.

Phil Thornton, SVP and General Manager of RCA Inspiration says: “We’re excited and feel blessed to celebrate Kirk, Donald, Le’Andria, and Koryn’s wins at the Doves! Congratulations to the Gospel Music Association on the 50th anniversary; it was an honor to have Kirk, Donald, Travis, and Koryn be part of celebrating an incredible Dove Awards show this year.”