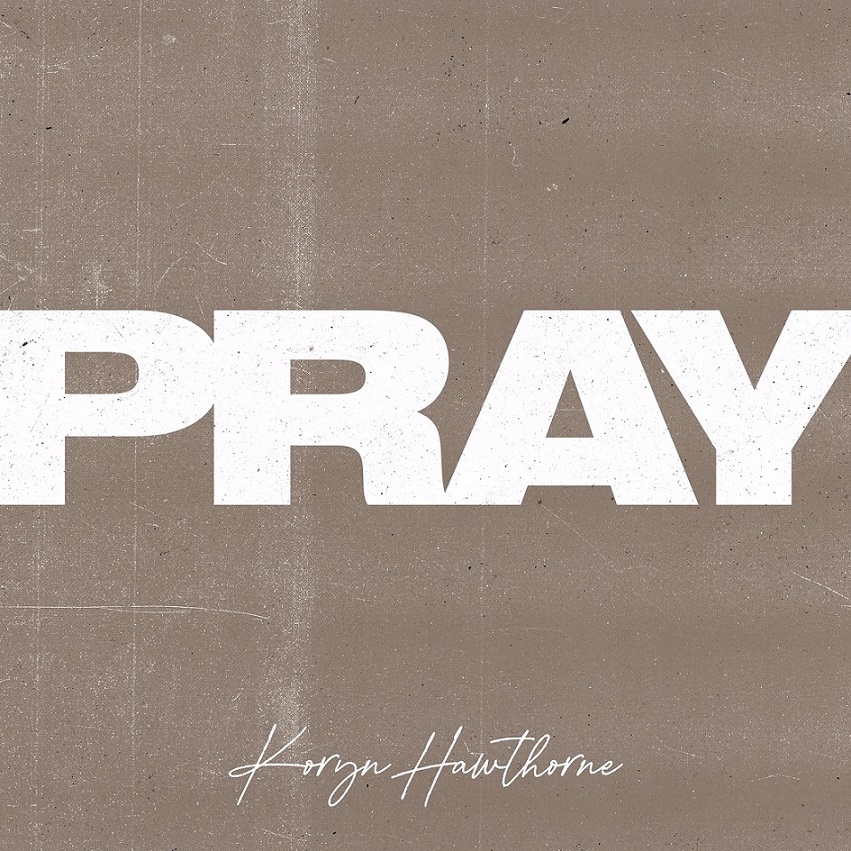 Hawthorne continues to add a fresh sound to the Gospel genre with “Pray.” Co-written by Hawthorne, Troy Taylor, Jeremy Hicks, and Daniel Breland, the new single offers an encouraging reminder, especially during these unprecedented times, that regardless of circumstance prayer is always a necessity. Produced by Troy Taylor & Jeremy “Trybishop” Hicks, the track offers a soothing R&B sound, continuing to demonstrate the songstress’ boundless vocal artistry.

Carving a fearless path in the genre with buzzworthy bold hits and powerful performances, Koryn Hawthorne has truly made a name for herself in these three short years. In 2018, the songstress claimed the record-breaking title of longest reign on Billboard’s Hot Gospel Songs chart by a female artist, with her infectious #1 smash hit “Won’t He Do It,” which was released in 2017. Billboard also named the song the #2 Hot Gospel Songs of this past decade, on their Decade-End charts for the 2010s. In addition to two GRAMMY® nominations for her hit songs “Won’t He Do It” and “Speak the Name,” the chart-topper has garnered a sweep of accolades, winning an NAACP Image Award, Billboard Music Award, GMA Dove and Stellar Awards for her music, and a gold milestone with “Won’t He Do It,” being RIAA-Certified Gold® in the past year. “Won’t He Do It” continues to be a signature favorite among fans, and Hawthorne recently performed the single at the 50th Annual ESSENCE Festival. She will be co-hosting the 35th Annual Stellar Awards, slated to air later this year.