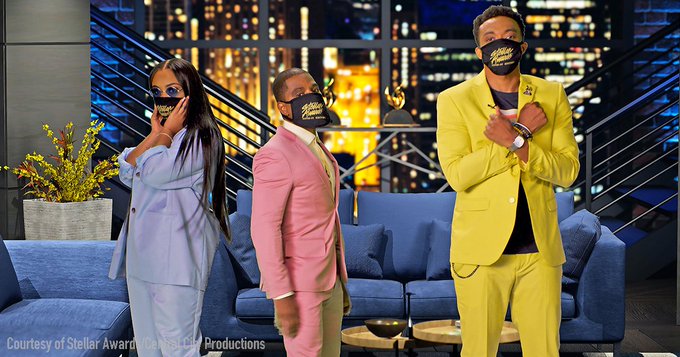 With a mix of solo performances and duets, featured performances included co-host Koryn Hawthorne also taking the stage in a debut performance of her new single “Speak To Me,” Marvin Sapp delivering a performance of his single “Thank You For It All,” a duet of Travis Greene & DOE on “Good & Loved,” Kierra Sheard performing with J.J. Hairston on his song “Miracle Worker,” Tauren Wells debuting a solo performance of his new single produced by Donald Lawrence, “Trenches (Sunday A.M. Version),” and BET “Sunday Best” Season 9 winner Melvin Crispell, III, making his Stellar Awards performance debut on the emerging artists stage with his single “Wonderful Is Your Name.”

Phil Thornton, RCA Inspiration SVP and General Manager says: “Congratulations to Kirk, Donald, Le’Andria, and Kurt, on the Stellar Award wins this year and to the amazing work of the hosts, performers, and everyone who worked together on the Stellar Awards! Truly humbling to be recognized. Although the celebration was different this year, this was a momentous night to continue honoring Gospel music, the vital efforts of first responders, and the much-needed inspiration, strength and comfort that God brings to shine a path and carry us through difficult times.”