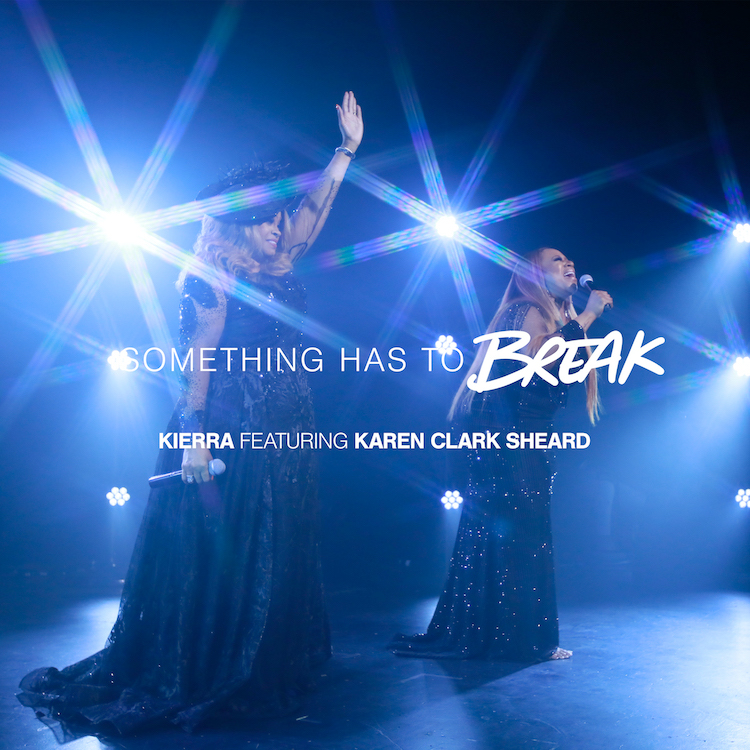 “SOMETHING HAS TO BREAK” (FEAT. KAREN CLARK SHEARD)

Nashville, TN (January 15, 2021) – Award-winning artist, actress and entrepreneur Kierra Sheard releases a new single, with “Something Has to Break” (feat. Karen Clark Sheard) (Karew Entertainment / RCA Inspiration). The digital single is available now via all major digital providers, and features the two vocal powerhouses, Kierra Sheard and her mother, Gospel legend Karen Clark Sheard, joining together on an intimate performance, which was recorded from their acclaimed closing appearance on the 2020 BET Awards.

The stirring song was co-written by Kierra Sheard with Jonathan Smith, Mia Feldes, and her brother, producer and songwriter, J. Drew Sheard, II. Providing a sanctuary of spiritual strength in trusting God’s guidance, the daughter-mother duo deliver a dynamic declaration of faith and love to lift us during these challenging times.

Besides this new single, Kierra Sheard has continued to deliver uplifting music with her most recent album KIERRA, which is nominated for Best Gospel Album at the upcoming 63rd Annual GRAMMY® Awards taking place on March 14, 2021. Her sixth studio album, released in 2020, features fifteen tracks including the #1 Billboard Gospel single “It Keeps Happening,” “Don’t Judge Me” (feat. Missy Elliott), “Beautiful,” and more. Kierra is also the creator of her fashion line Eleven60, and acted in the hit 2020 Lifetime biopic movie “The Clark Sisters: The First Ladies of Gospel,” where she portrayed her mother, Karen Clark Sheard. Kierra will make her debut as a published author on April 13, 2021 with the release of her memoir “Big, Bold, and Beautiful: Owning the Woman God Made You to Be” (Zonderkidz).

Kierra Sheard “Something Has to Break” (feat. Karen Clark Sheard) is available now.