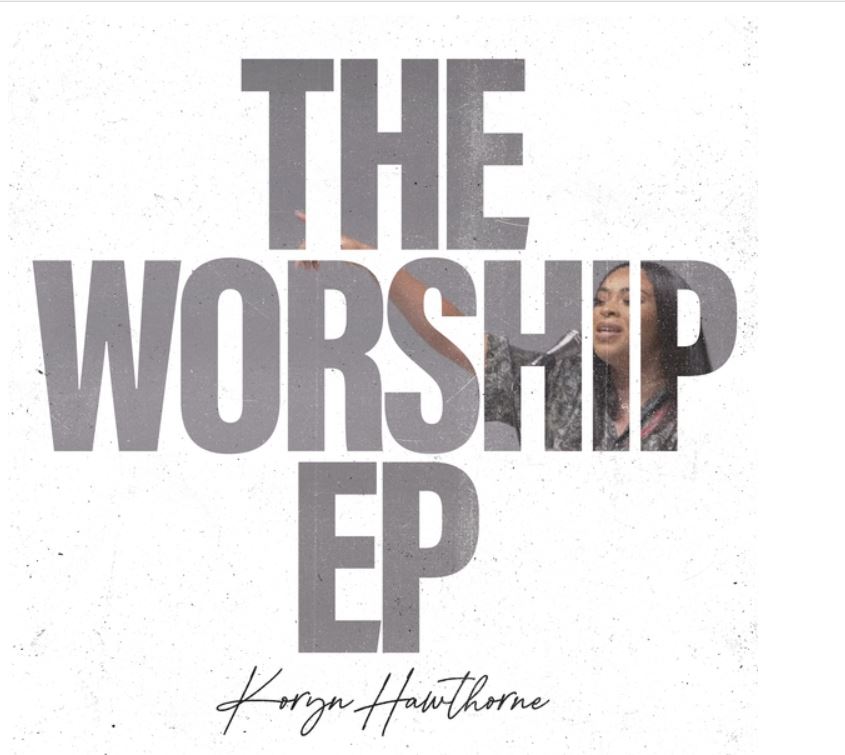 Nashville, TN (April 30, 2021) – Today, two-time GRAMMY® nominated inspirational artist, Koryn Hawthorne, released a heart-rending EP, The Worship Project, featuring six worship ballads, including “How Great” and “Know You” (featuring Steffany Gretzinger) from her #1 album I Am.  The Worship Project includes performances from the songstress’ Essential Worship Song Session series including “Know You,” “How Great,” a cover of Elevation Worship’s “Graves Into Gardens,” and features a newly-recorded co-artist release between Hawthorne and Matt Maher, on “How Great (Single Mix),” which is being released to radio. Composed of a mixture of studio and intimate live band performances, the EP showcases Hawthorne’s boundless vocal artistry and ability to shift the atmosphere through worship. In addition to the six tracks, a bonus video “How Great (Essential Worship Song Session)” is available for Apple A/V bundle subscribers.

Continuing to deliver infectious, chart smashing hits Hawthorne’s lead single “Speak to Me” is currently playing on both Gospel and R&B radio in partnership with Epic Records, and hit #1 on Billboard’s Gospel Airplay Chart, top five on the Gospel Billboard Radio Charts, and top fifteen on the R&B Radio Charts. Hawthorne also recently teamed up with R&B artist Queen Naija to release “Speak to Me (Queen Mix)” in celebration of Women’s History Month. Outside of releasing her new EP, Hawthorne celebrates two 2021 Billboard Music Awards nominations for Top Gospel Album (I AM) and Top Gospel Song (“Speak to Me”), and she is returning to the TV screen starring in the OWN Network unscripted series “Young & Gospel,” which is currently in production.