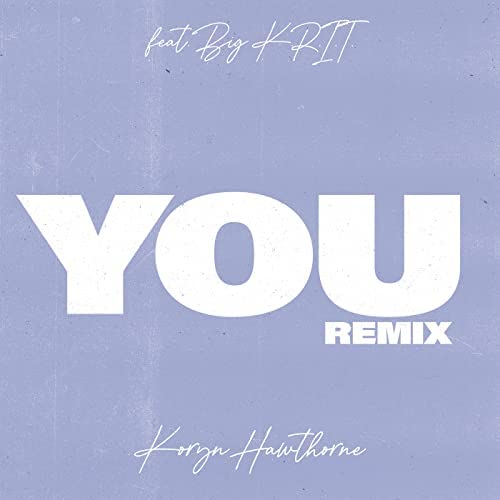 Nashville, TN (January 21, 2022) – Chart-topper Koryn Hawthorne releases a new track “You (Remix)”  feat. Big K.R.I.T., available on digital music providers now. Hawthorne teamed up with the chart-topping rapper/producer on the new digital single, creating a potent blast of musical inspiration with the mix of the song’s dynamic beats and her soaring vocals, along with Big K.R.I.T.’s acclaimed lyrical flow featured on “You (Remix).”

With verses such as, “All that matters is you keep pushing…don’t let nothing get in your way…any mountain can be moved” Hawthorne and Big K.R.I.T. urge listeners on the empowering track to keep striving for their dreams. Co-written by Koryn Hawthorne, Darhyl Camper Jr., Makeba Riddick-Woods, and Alonzo F. Smalls along with Big K.R.I.T. on “You (Remix),” the remix further amplifies the song’s powerful message, with God always with you, you can do all things. The song “You” was originally featured on Hawthorne’s I AM, the chart-topping sophomore album. The two-time GRAMMY® nominated, Billboard Music Award, NAACP Image Award, Dove and Stellar Award-winning phenom also continues to give back to the community and shine a light on her hometown of Abbeville, Louisiana as an entrepreneur, as owner of the dessert shop The Cobbler House Abbeville.

To connect with Koryn Hawthorne, visit: