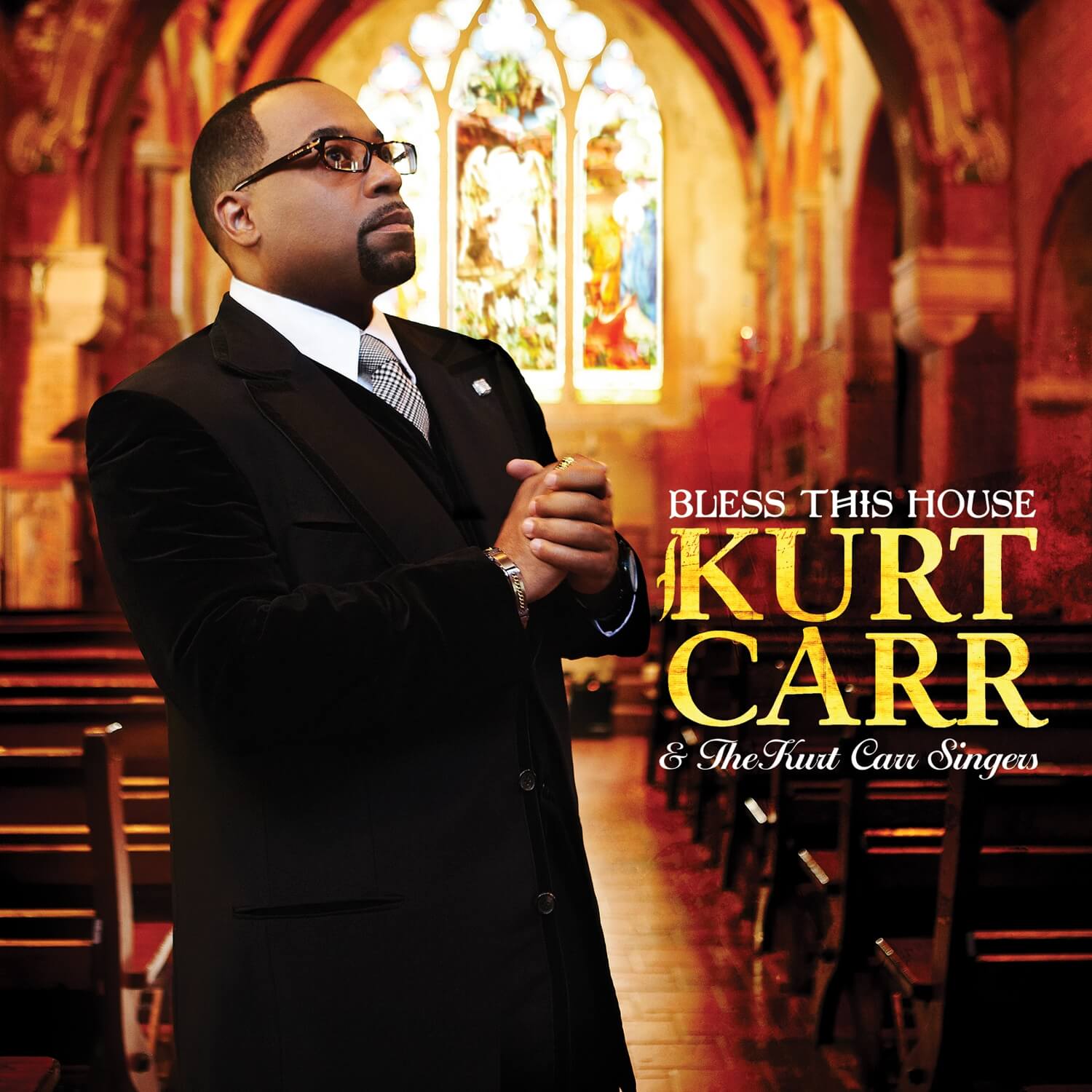 KICKS OFF PROMOTIONAL TOUR FOR NEW CD JANUARY 20 AT

CATHEDRAL OF PRAISE COGIC IN NASHVILLE

New York, NY – January 11, 2013 – The new year is off to a bright start for Gospel artist Kurt Carr, who will release his 7th CD project – the double disc BLESS THIS HOUSE – on January 22.

The weekend prior to the CD release, Carr will be celebrated in Nashville as he receives the James Cleveland Lifetime Achievement Award at the 28th Annual Stellar Awards.  This is an especially humbling honor for Carr, who received his break in Gospel music when Cleveland hired him as a keyboard player.  The day prior to the Stellar Awards, Carr will be honored at the BMI Trailblazer’s Luncheon, which annually salutes premier Gospel artists in an afternoon of stirring tributes.

A Musical Evening with Kurt Carr will be presented on Sunday, January 20 at Cathedral of Praise Church of God In Christ in Nashville.  Attendees will be treated to a one-of-a-kind evening with Carr, who will provide an exclusive BLESS THIS HOUSE experience.  “We are always interested in involving ourselves in areas that will uplift and empower people through the Word of God,” said Bishop Jerry L. Maynard, Senior Pastor of Cathedral of Praise church. “I believe we will be uplifted through the music of Kurt Carr and inspired by his style of praise and worship, which has drawn thousands to a closer relationship with Christ.”   After leaving Nashville, Carr will make promotional stops in Atlanta, New York, Philadelphia and Chicago.

Written and produced by Carr, BLESS THIS HOUSE is comprised of 17 lush songs of encouragement and gratitude. The title track was a last minute addition that came to Carr while he was in Los Angeles to record the final songs for the CD. “I woke up at 4 a.m. in the morning with that title [in my mind].  I thought that would be a great way to summarize all of the music because I wanted to do an album full of songs that were great for the church experience,” he says. “I tried to go back to sleep and I couldn’t, so I sat up in my bed and wrote that song. I went to the studio around noon and when I taught it to my singers the worship was so strong that I knew this song was God-give and I knew it was the title cut.”

The first single, “I’ve Seen Him Do It,” was selected by Gospel music fans.  Last Fall, Verity Gospel Music Group ran a poll across a variety of websites so that fans could choose either  “I’ve Seen Him Do It” or “Bless This House” as the first single.  “I think this song will touch and inspire believers everywhere because every believer has seen God do miraculous things,” says Carr.  Open this link to hear “I’ve Seen Him Do It” → http://youtu.be/MYuEjAWdw8g.
BLESS THIS HOUSE also features soaring praise and worship ballads such as “There Is A Sound” featuring Yvette Williams; “Praise and Worship” featuring Nikitta Foxx and “Touched By The Fountain of Grace” featuring Troy Bright – all which, in true Carr form, possess the pomp, majesty and classical ceremony of light opera.

“Oh Magnify The Lord” and “Great God Great Praise.”  The pop-infused “We Gotta Put Jesus Back,” featuring 7 year old Myles Caton, speaks of society breaking down as a result of taking Jesus out of Christmas and removing prayer from public schools. The solution: Put Jesus back! There’s a feel good vintage R&B vibe to “It’s A Good Day” which proclaims “every day you wake up…it’s a good day.”

Over the last 20 years, Kurt Carr’s songs have become Sunday morning staples.  Such modern day hymns as “In the Sanctuary,” “The Presence of the Lord Is Here,” “For Every Mountain,” “God Blocked It,” and “Peace and Favor Rest on Us” are standards in Gospel music.  After graduating from college and experiencing several mentorships with Gospel greats Richard Smallwood and Reverend James Cleveland, Carr put together his own ensemble, The Kurt Carr Singers, and released his debut album Together in 1991. Songs from his debut, such as “Holy, Holy, Holy” reflect Carr’s unique ability to amalgamate classical and Gospel sounds effortlessly.

Carr says his new project, BLESS THIS HOUSE, builds upon his masterful work of the past, and is a continuum of who he is.

“I believe I’ve come into what my niche and what my purpose is,” says Carr.  “And that is to make music that edifies the body and blesses the church of Jesus Christ.”