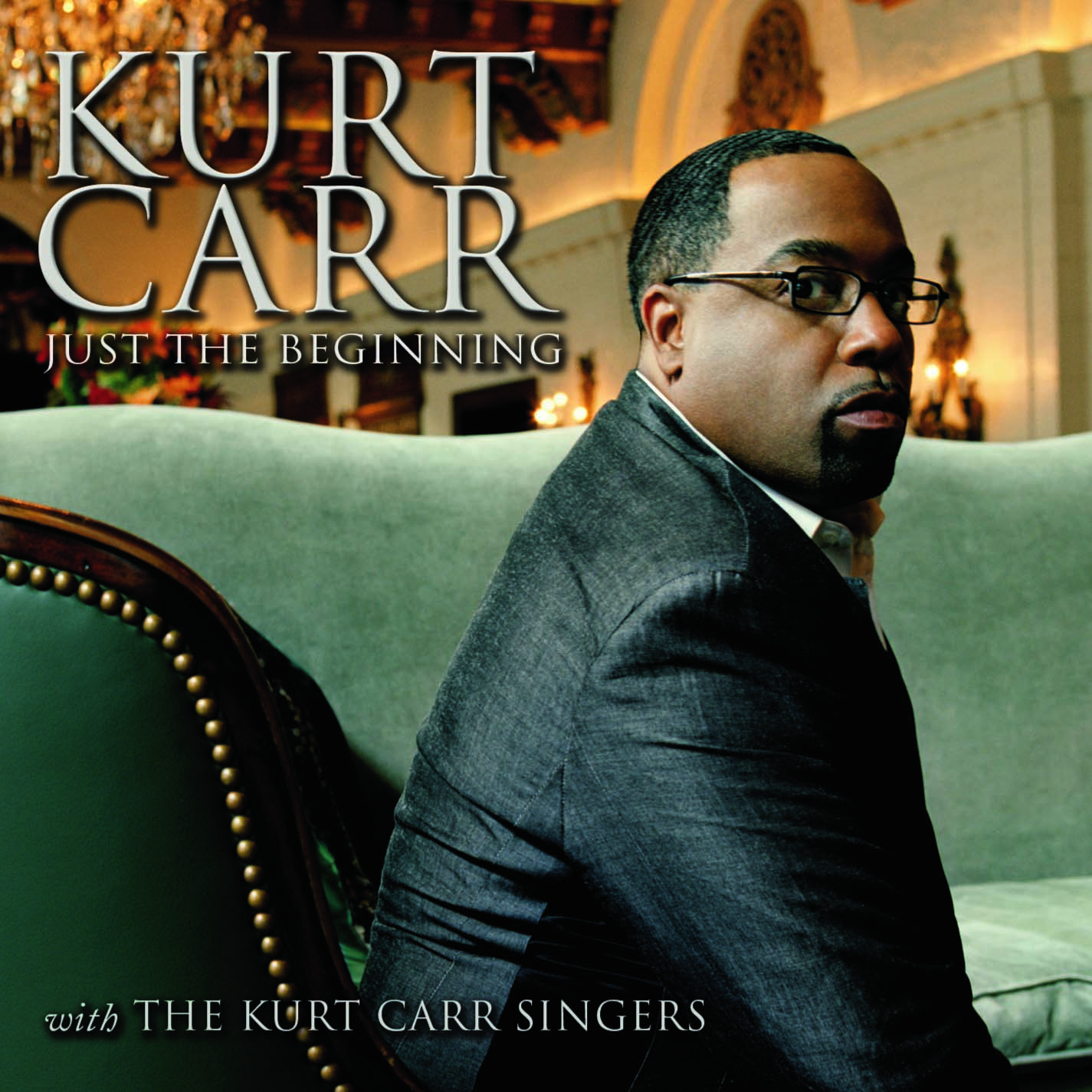 New York, NY – September 11, 2008 – Internationally renowned and celebrated, Kurt Carr is one of the brightest jewels in the crown of Gospel music.  He has penned numerous #1 songs, including the ubiquitous “In the Sanctuary” – which has been translated into nine different languages, re-recorded by 20 different acts and is a Sunday morning favorite at churches around the globe.  Since his 2005 release “One Church,” Carr has helmed numerous projects including “I Never Lost My Praise,” the critically acclaimed “comeback” CD for the legendary Tramaine Hawkins; and Bishop Paul Morton’s powerful “Still Standing.”  On October 28, with the release of his 7th CD JUST THE BEGINNING, Kurt Carr & The Kurt Carr singers reunite to deliver a powerful opus of good ‘ole church music with Carr’s trademark cross-generational, cross-cultural appeal.

“The last album was a thematic album; it was a stretch,” says Carr. “We had bagpipes, accordion— sounds that have never been associated with Gospel music,” Carr says. “The songs on ‘Just The Beginning’ are very singer-friendly, very congregational.  This time, I’m going back to my roots.”

JUST THE BEGINNING offers Carr’s unique brand of Sunday-morning liturgies and soaring choir-friendly melodies.  The first single “Peace & Favor Rest On Us” is a clarion call that points listeners to the essence of life in Christ.  The song is destined to be an enduring classic.   Another high energy track is “Don’t Let Your Light Go Out,” which is preceded by a musical treat from 89-year-old Narcissus Hinton-Brown, a traditional soloist from Carr’s hometown in Hartford, Connecticut and one of his mentors.   “As a kid, she was a star soloist at my church,” says Carr.  I didn’t start going to church until I was 15 and God used people like Narcissus to inspire me in my musical journey.  I just always wanted to do something special for her because she never received great national acclaim, yet she remained steadfast and faithful to her calling.

“I feel like this CD is for people like Narcissus because people need to be reminded that age nor circumstance matter when it comes to God’s blessings. God also touched my heart to take her to the White House, and she tore that place up!  So no one should ever stop believing God has great things in store for them.”

“Psalm 23 – I Don’t Have To Want For Anything” features Kurt Carr and the dynamic vocals of contemporary christian vocal group Avalon.  It is a pure praise and worship song that musically interprets one of the most well known scriptures in the bible.  “Right Time, Right Place” is at once rousing and reassuring and beautifully demonstrates Carr’s penchant for complex, neo-classical arrangements, while “Spiritual Makeover Extreme” is powerful with its never ending hook declaring ‘I don’t look like what I’ve been through.’

“This CD represents the beginnings of many new horizons for me,” says Carr.  “New adventures, new business relationships, I’m excited about what the Lord has in store.

“More importantly, God has called me to preserve and perpetuate the music of the church so that there’s substance to feed seasoned saints, and new converts once we catch them.  That summarizes my calling, and these songs are those that God has given for such a time as this.”